The Federal Reserve announced its latest monetary policy decision this week. Here is a brief rundown of some data that they likely considered. 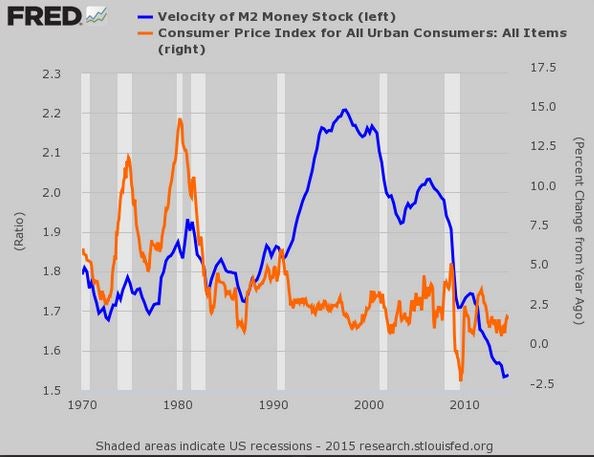 The velocity of the the M2 money supply, a measure of how quickly money passes from one person to the next, is at its lowest point since 1970. 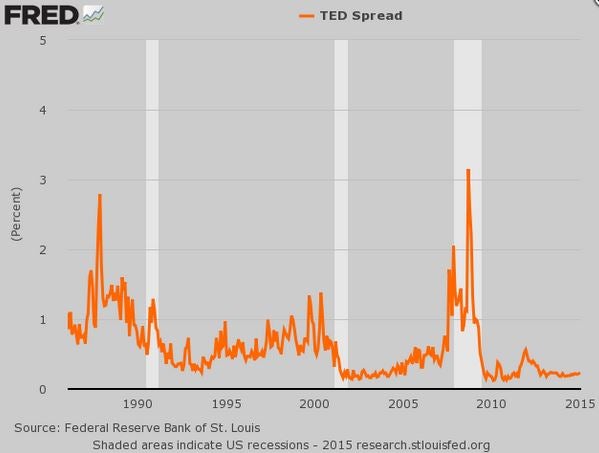 The TED spread, a measure of the difference between the interest rates on T-bills and interbank loans, has been climbing in recent quarters, but is still historically low. 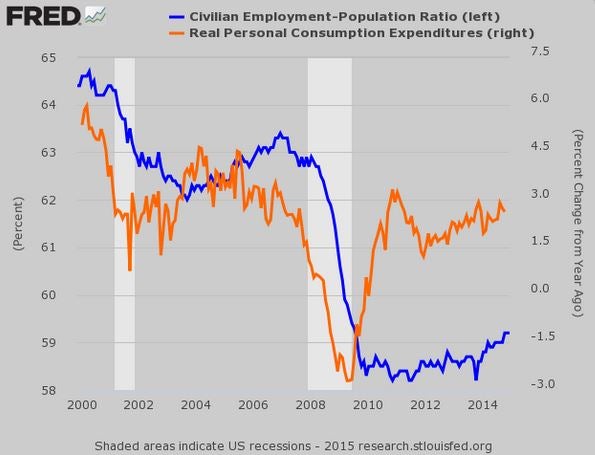 Civilian employment-population ratio and personal consumption expenditures have been on the rise, even though the employment ratio remains historically low. 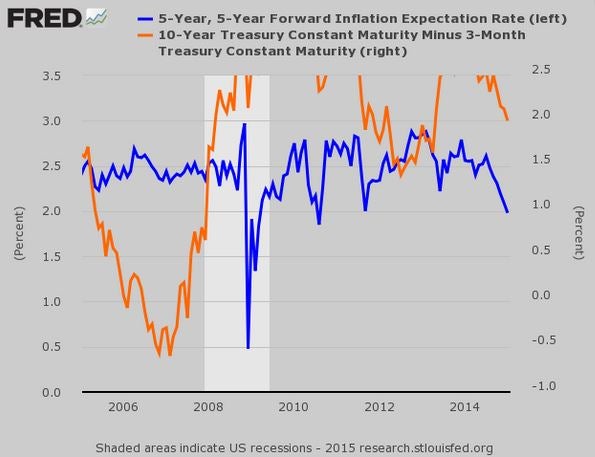 The five-year forward inflation expectation rate is near its lowest point since the recession (about 2.0 percent). 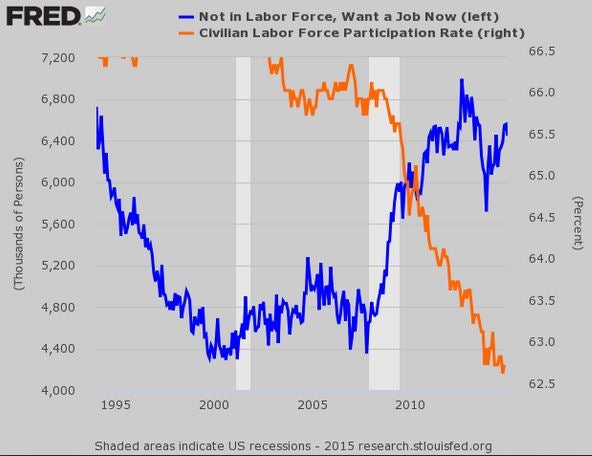 The labor force participation rate is at its lowest point in decades, while the percentage of the non-employed seeking employment is historically high. 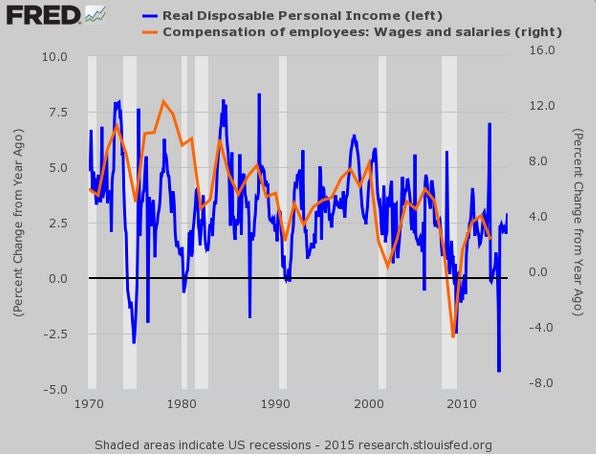 Wage growth has recovered since the recession, but the historical trend remains downward.

No single number ever determines the Federal Reserve’s changes to monetary policy, but there is certainly plenty of data to consider before any decisions are made.